Organized by the PGA, the Constellation SENIOR PLAYERS Championship was played July 10-17, 2017 at the Caves Valley Golf Club. 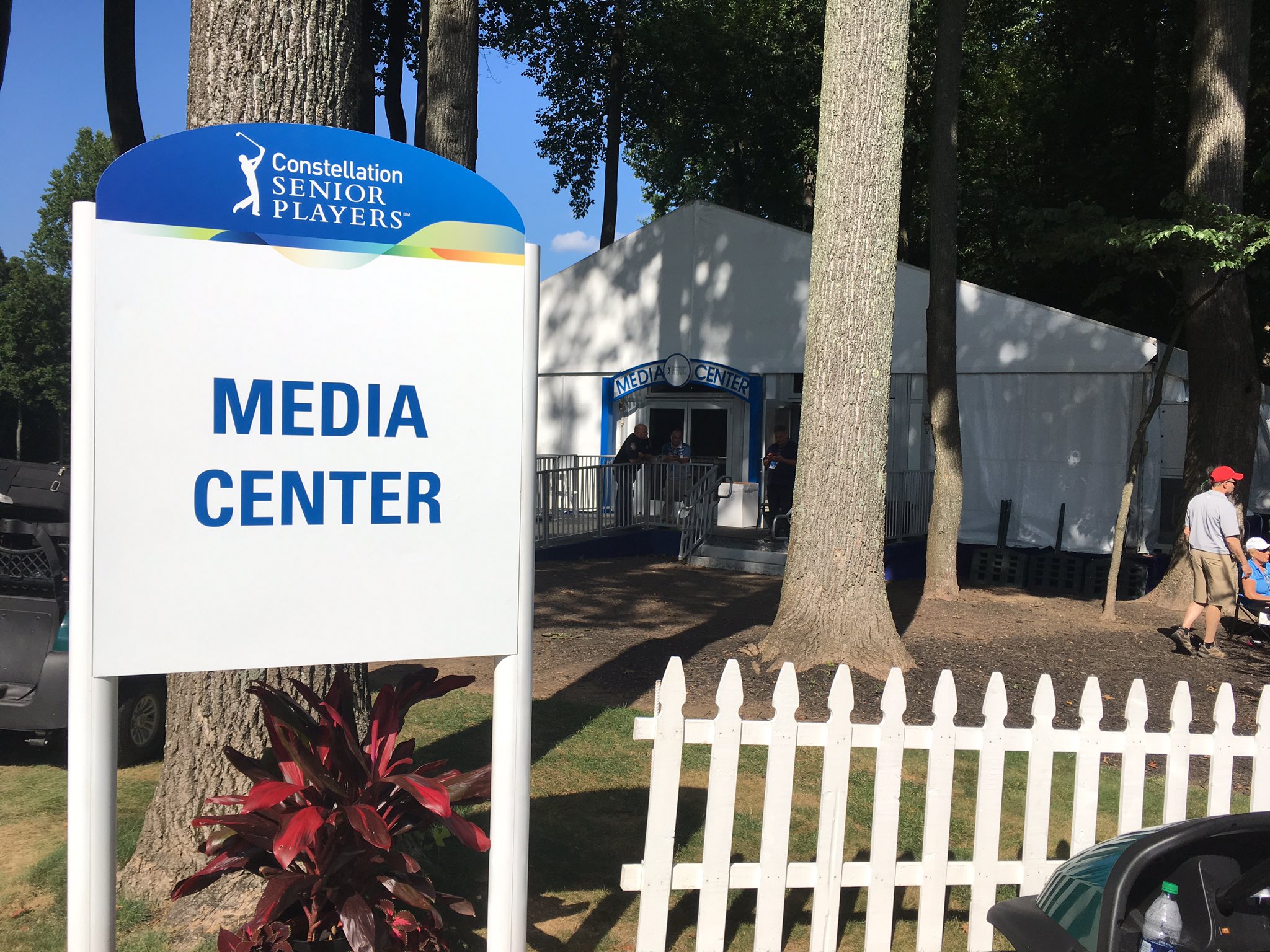 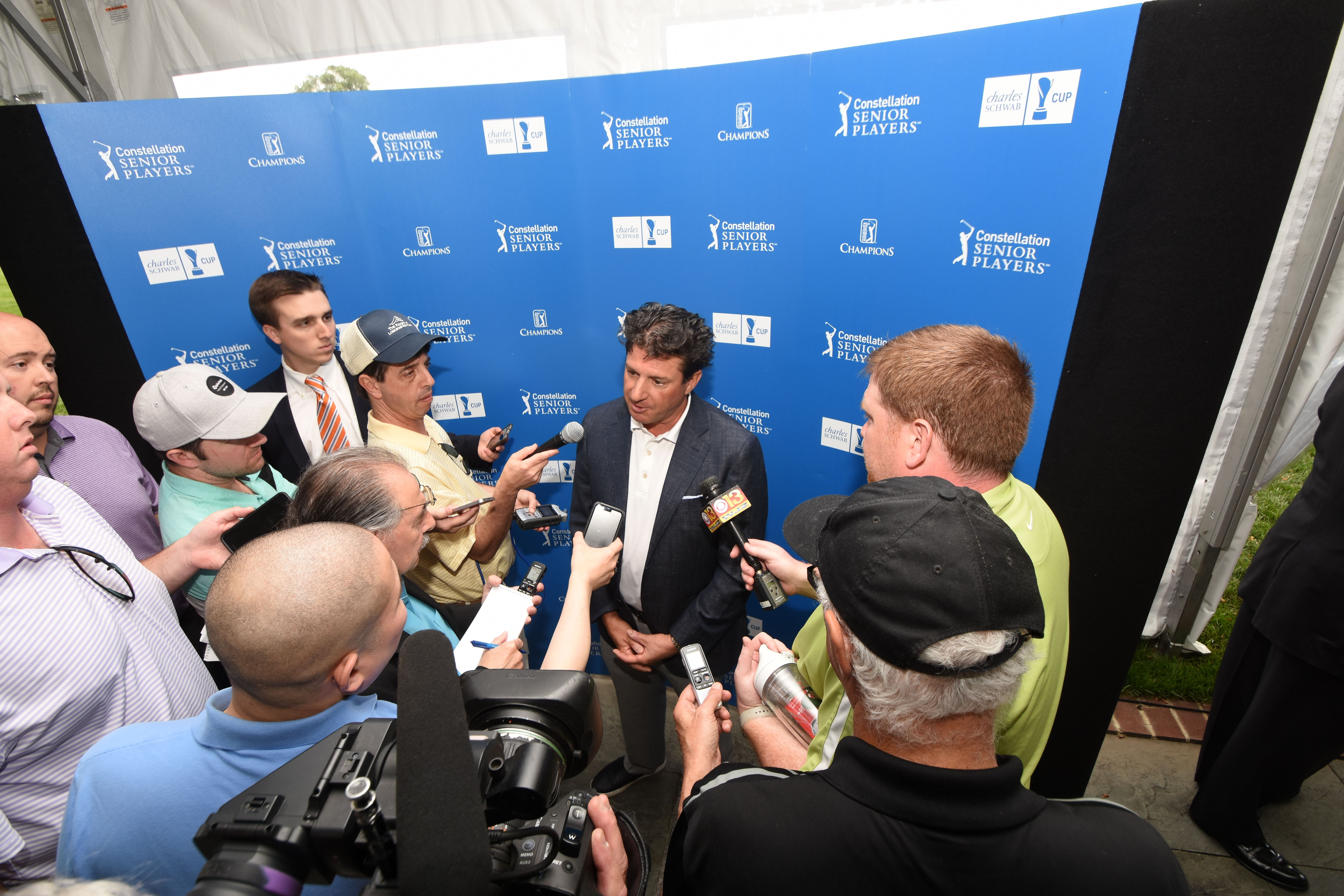 Leading up to and during the 2017 Constellation SENIOR PLAYERS Championship, Maroon PR acted as an extension of the PGA Tour team,serving as the boots on the ground and local media contact for the tournament.

Beginning with a media day in June, our team pitched local Baltimore media to secure participation in a golf outing prior to a press conference on June 6. To maximize exposure across news outlets, Maroon PR escorted Billy Andrade to various media stops throughout Baltimore as part of the media day.

As the tournament approached, Maroon PR secured various in-studio TV & radio opportunities in Baltimore and DC prior to and during event. Our team also secured business focused coverage to help drive sponsor opporunities.

A large part of our focus as the tournament approached was to secure onsite attendance pertaining to special events and scheduled press conferences prior to and throughout the event.

During the tournament, Maroon PR managed the oneiste media center alongside the PGA Tour team.

Maroon PR secured more than 14.9 Million+ Media Impressions with a total Publicity Value of $1.58 Million+ throughout the three months of our enagement.

John Harbaugh and @JoeFlacco think you should come out to the #SeniorPlayers….and we agree 😉 pic.twitter.com/mc3vh2InFg 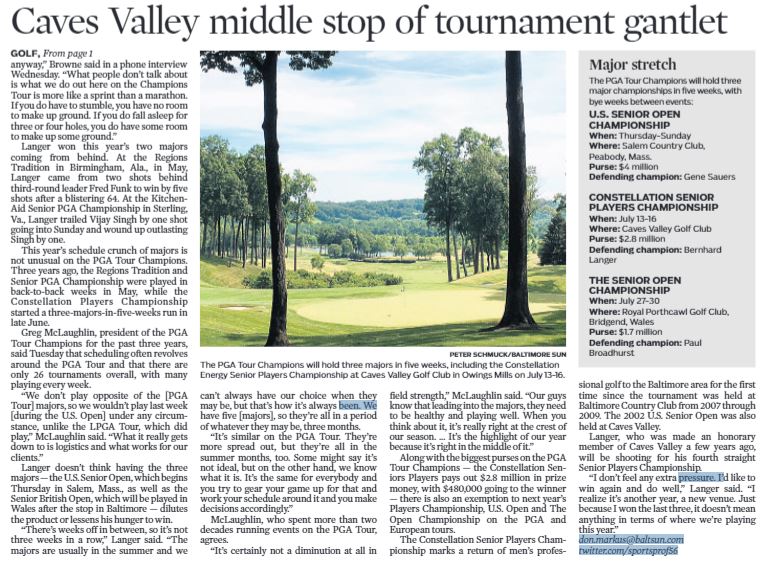