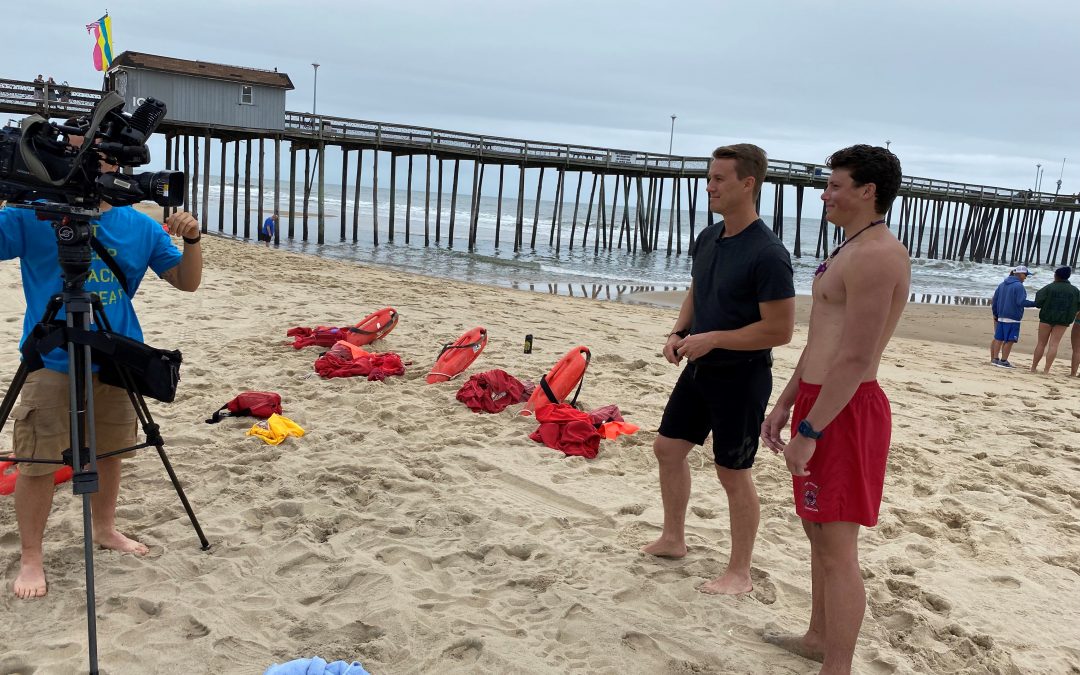 Ocean City, Maryland officially kicked off the summer season over Memorial Day weekend and Maroon PR (MPR) was proud to drive and organize media coverage of the events.

Coverage MPR secured included a Memorial Day ceremony to honor and remember those who have made the ultimate sacrifice. The ceremony was attended by Mayor Rick Meehan and featured two skydivers from Skydive OC, who parachuted down and delivered the American and Ocean City flags to the Ocean City Police Department honor guard. The flags were then officially raised at the Ocean City Firefighters Memorial on North Division Street and the boardwalk.

An umbrella-opening ceremony also marked the official start to summer as well as a display of more than 40 beach umbrellas arranged to spell out OC’s 2022 tagline “Enjoy,” when viewed from above.

“Memorial Day is a time to honor and remember those who made the ultimate sacrifice,” said Mayor Rick Meehan. “It also has evolved into the unofficial start of the summer season. Today, we continue to celebrate that same tradition by planting the first umbrella to kick off the summer of 2022.”

Does it get any better than Thrasher’s fries? Sorry @LinhBuiWJZ and @TimWilliamsWJZ, not sure these will make it back to Baltimore. pic.twitter.com/sYd6uJB4Zg

Maroon PR recently assisted founder Hugh Sisson and the Maryland-based Heavy Seas Brewery team on the launch of their limited edition “Red Eyes” American Red Ale.  The recipe for the beer came from Pravda Brewery in Lviv, Ukraine.  All profits from the beer and...