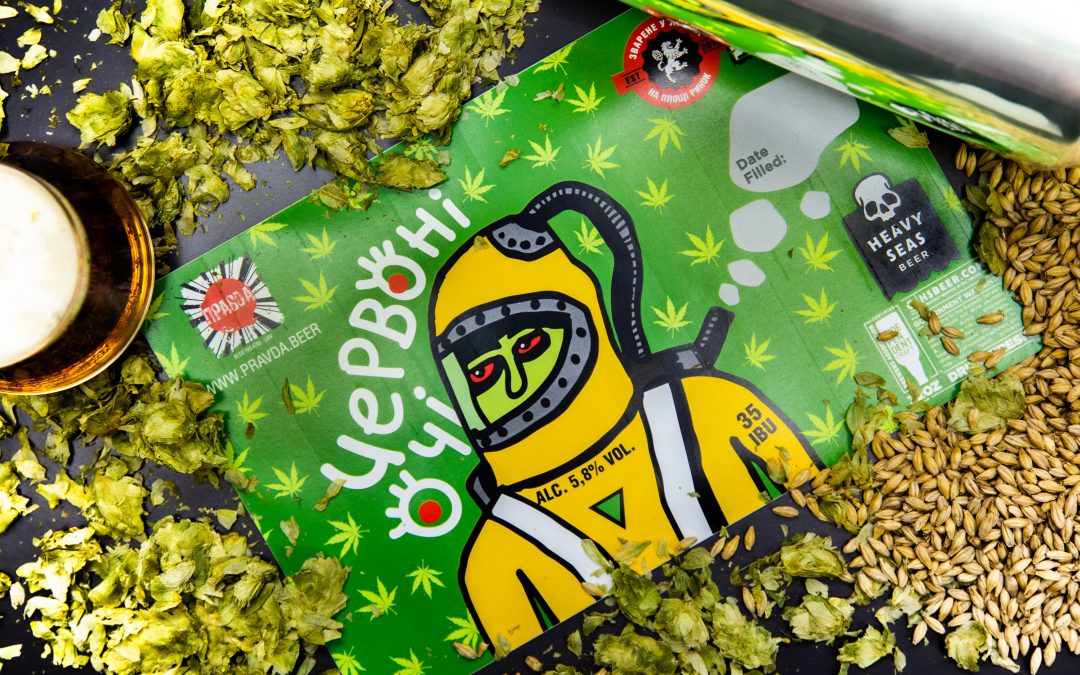 Maroon PR recently assisted founder Hugh Sisson and the Maryland-based Heavy Seas Brewery team on the launch of their limited edition “Red Eyes” American Red Ale.  The recipe for the beer came from Pravda Brewery in Lviv, Ukraine.  All profits from the beer and associated merchandise will go to the United Nations Ukrainian Humanitarian Fund to assist those in need during the war in Ukraine.

Halethorpe-based @HeavySeasBeer will brew a recipe from a Ukrainian brewery and release the limited edition Red Eyes American Ale on April 1. All proceeds will go to the United Nations Ukrainian Humanitarian fund.https://t.co/vZE3aKCoB7

The Heavy Seas team wanted to use their skills to help the people of Ukraine and when the opportunity to bring this unique recipe to Baltimore-area beer lovers arose, they jumped on it.  Red Eyes, a mildly hoppy amber ale, is available on draft at Heavy Seas’ Halethorpe brewery, as well as in crowlers that are available to-go from the taproom. Additionally, there are approximately 100 kegs also being shipped to local bars and restaurants.

To help spread the word Maroon PR issued a press release and secured coverage in the Baltimore Business Journal, on several local television stations, and from news-gathering agencies via Twitter.

A sample of the coverage secured by Maroon PR is below