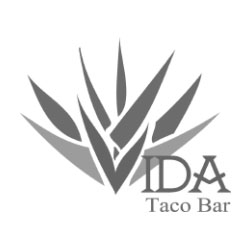 Local officers, youth bond at Shop with a Cop event

On a cold Saturday morning, 9-year-old Denayja Mann and Frederick Police Officer Sara Evans were cruising around the Wal-Mart on Monocacy Boulevard, their shopping cart full of clothes. Draped on top of more neutral cold-weather gear was a bright yellow Pokemon onesie — a gift for Mann’s 8-year-old sister.

“It’s stuff we actually need,” the young shopper explained. “I don’t want to get a bunch of toys because we already have toys.”

The enthusiastic duo were only two of 31 law enforcement officers and 33 children who participated in this season’s Shop with a Cop event, organized by the Frederick Optimist Club.

Now in its ninth year, the goals of the program are twofold, said Mary Ellen Hoffman, who chairs the event for the club.

One is to allow economically disadvantaged children — all elementary school students from Frederick County Public Schools — to be gift-givers for their families, something they aren’t usually able to do, Hoffman said.

“We also want them to get the chance to see cops as good guys,” she continued. “Because some of these children’s experiences with law enforcement hasn’t always been positive. My favorite part is just watching them come through the checkout line, and seeing the smiles on their faces.”

As part of the program this year, each child received a $100 gift card to Wal-Mart to buy presents for family members, as well as $20 for themselves. After they all checked out, officers drove them to Trinity United Methodist Church to wrap the gifts and play games, followed by a donated lunch from Outback Steakhouse.

Officers also picked up the children in their squad cars, another added perk. Mann, especially, was fascinated to see the inside of a Frederick Police car — something the broad-smiled student had never experienced before.

“I was very interested by the car,” she said.

“We make sure to pick them up in full uniform and show them the lights and the sirens — the whole nine yards,” added Evans, now participating in her third year of the program. “They love it.”

Participating gives officers the chance to give back to the community, most said, as well as bond with some of the children they serve.

“I just enjoy coming out here with the kids,” said Detective Jeff Putman with the Frederick Police Department, as he helped 9-year-old AJ Schianodicola navigate a cart through the aisles. “I’ve done it a few years now, and I’ve seen how excited they get.”

It can also lead to lasting memories. Lt. Wayne Wachsmuth, commander of the Frederick barrack of the Maryland State Police, remembered one particular girl from Myersville who took part in the program several years before.

“Her dad had been in jail for a few years and then he passed away,” Wachsmuth said. “And they had nothing — didn’t have much money at all. She didn’t have a dad. And she was just really appreciative of everything. That’s something that really stuck out.”