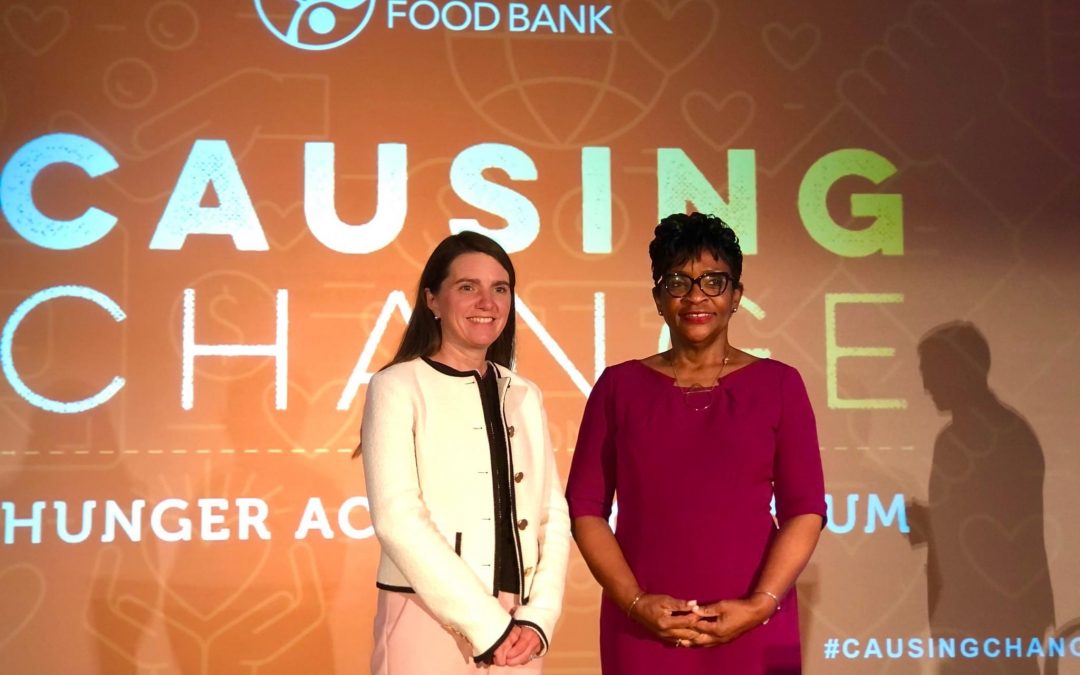 Every September, the hunger-fighting community joins Feeding America in their annual nationwide campaign, Hunger Action Month. The goal? To inspire people to take real action in their communities and raise awareness about hunger in the United States–an issue that is especially prevalent as inflation places more and more stress on household budgets every day. The Maryland Food Bank (MFB) does their part each year by spreading the word and sharing resources throughout September to help its stakeholders, partners, local communities, and more join the fight against hunger. Maroon PR was proud to support MFB–a longtime client–on both the media relations and social media fronts this year. 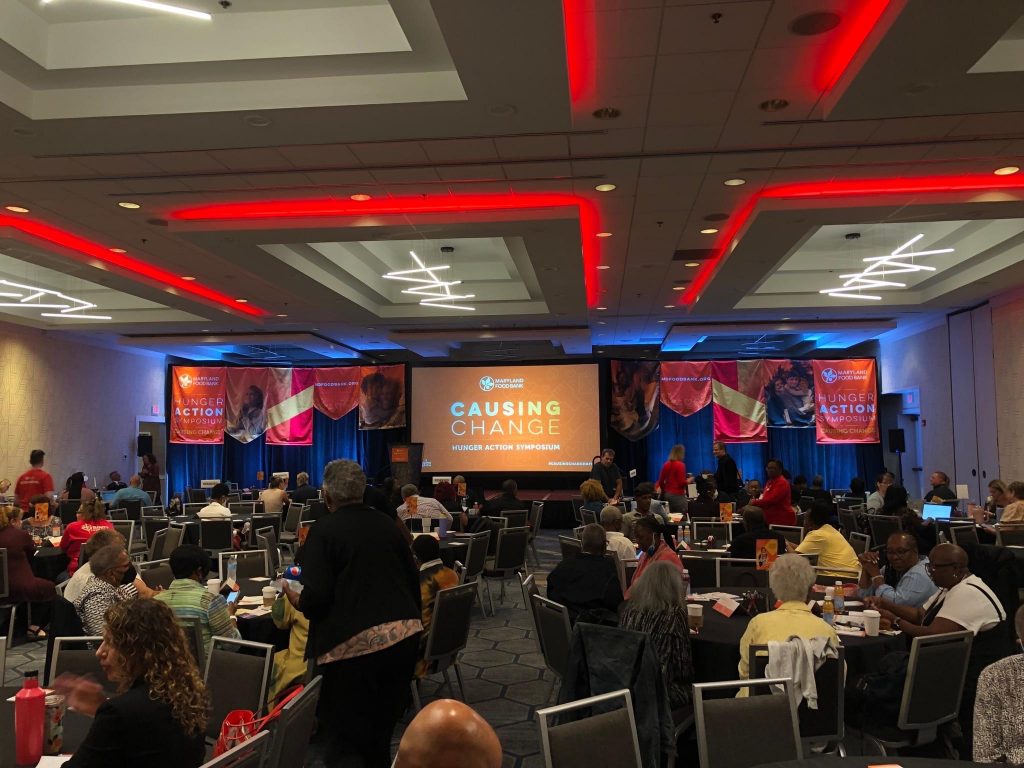 In honor of Hunger Action Month, the Maryland Food Bank invited partners, local representatives, and the greater community to join some of the brightest minds in the anti-hunger movement for an all-day conference in early September. Attendees had the opportunity to hear from MFB leaders including President & CEO Carmen Del Guercio and Executive Vice President & Chief Strategy Officer Meg Kimmel, as well as industry thought-leaders like Feeding America CEO, Claire Babineaux-Fontenot, and Dr. Katie Martin, author of Reinventing Food Banks & Pantries.

Throughout the day, symposium-goers broke out into small groups to explore the root causes of food insecurity while discussing innovative and practical tactics to end hunger. The Maryland Food Bank also dedicated part of the day to recognizing some of its most dedicated partners with “Outstanding Partner Awards” to thank them for the critical role they play in MFB’s mission by providing food resources and other services to communities across the state of Maryland.

Maroon PR supported the Maryland Food Bank in sharing the challenges its constituents are currently facing while providing key actions Marylanders can take to help in the fight against food insecurity. Through earned media, MPR helped MFB to distribute key messages and secure interviews for MFB leadership in local, regional, and national markets across print, TV and radio. WMDT-TV, WTOP-FM, the Washington Post and WBAL-AM were among the outlets that conducted interviews with MFB representatives during Hunger Action Month.

After this year’s Hunger Action Symposium, MPR shared photos from the event with local print media including the Baltimore Business Journal and The Daily Record to recap the Maryland Food Bank’s efforts surrounding Hunger Action Month.

This #HungerActionDay join us in taking action to help #endhunger. No matter how you're able to help, we're grateful for your support as we work to increase healthy #foodaccess for our neighbors this #HungerActionMonth.

Maroon PR also provided social media support for the Maryland Food Bank throughout Hunger Action Month. MPR developed a campaign to promote the various ways MFB’s followers could take action to support their neighbors in need during the month of September. In addition, we worked with MFB to plan and carry out a social strategy specifically highlighting this year’s Hunger Action Symposium. Staff from MPR attend the conference to capture and share content in real time with MFB’s audiences. This live social activation resulted in spikes in engagements from partner organizations, attendees, and stakeholders alike.