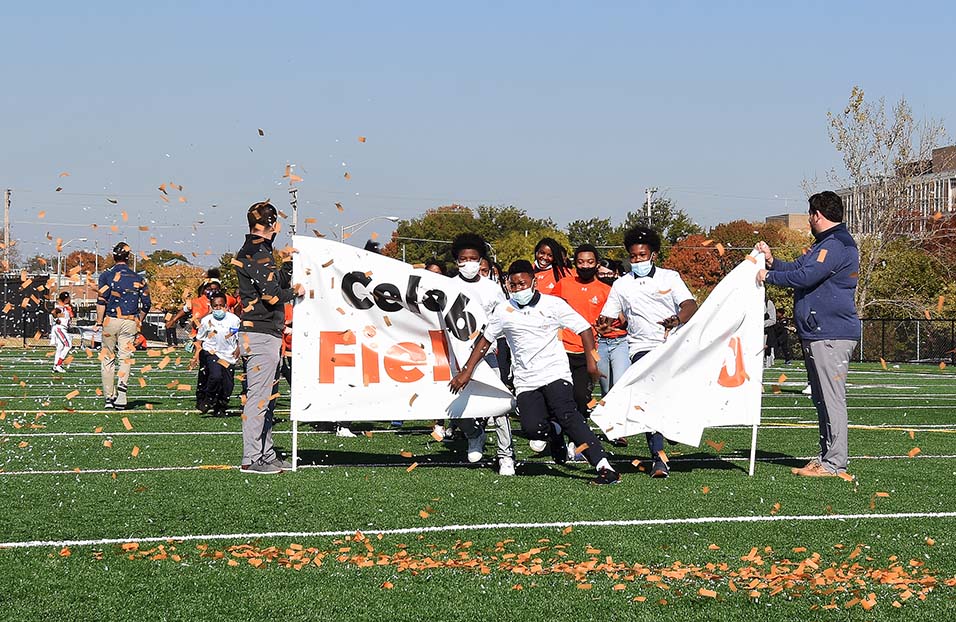 Maroon PR has been the agency of record for the Cal Ripken, Sr. Foundation (CRSF) since our business opened nearly 16 years ago. Over the years, we have been honored to work alongside their team as they have grown into a national non-profit committed to strengthening America’s most underserved and distressed communities by supporting and advocating for children.

On November 10, the Foundation opened its 100th Youth Development Park (YDP) nationwide. This one was appropriately built in South Baltimore, the 16th YDP in the Ripken’s home state of Maryland. These parks are multi-purpose turf fields that give kids safe and clean places to play.  The CRSF contributes and helps raise money, builds the park and then gifts it to a local youth-serving organization. After the YDP’s are opening, the Foundation stays engaged in addressing community needs by implementing youth program initiatives.

This being YDP 100 it was a significant celebration for the foundation, its key partners, board, staff and the Ripken family.  Maroon PR was tasked with securing the events company to assist with the significant set-up in addition to driving media coverage to the event and this significant milestone.

The efforts resulted in a wonderful day for the kids of South Baltimore, a terrific program and coverage from nearly every local media outlet and the national MLB Network. We secured over 225 million media impressions and reached more than 1.3 million through social media.

Our work with the CRSF continues and is picking up even more momentum as we emerge from the pandemic.  2022 and beyond are certain to be significant for the Ripken Foundation and the communities across the country that feel its positive impact.

Corporate Office Properties Trust’s (COPT) rapidly expanding footprint, in what is now being coined the Discovery District, is offering the surrounding College Park community the exciting, new opportunity to become an economic engine for the region. With more tenants...